A new exhibit “The Realm of 1000 Isles” is the second permanent exhibit that Todd van Hulzen Design has created for Museum Broekerveiling. This nineteenth century auction house, with its new visitors’ center, is the seat of agrarian history in the region. It is the oldest communitarian produce auction in the Netherlands, and the only exisisting “sail-through” auction in the world. The surroundings of the auction house are a remainder of a vast area of small dredged-up islands used for farming produce. In this exhibit, made with Studio Louter (concept, production, multi-media) we’vecreated an interactive, animated landscape using projections, glass, LED lighting and computer animations. The exhibit illustrates the history of the area in microcosm, that is to say, little slices of daily life in the Realm of a 1000 Isles. In addition to the central element we’ve also created a number of large graphics and traditional object displays. This is phase 1 of a 2 phase project to be completed elsewhere in the museum at the end of June. 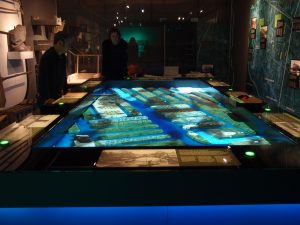 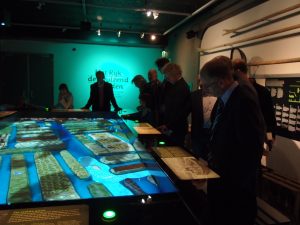 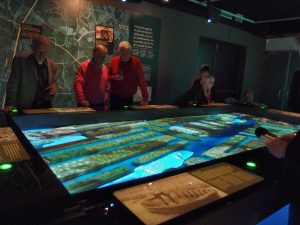 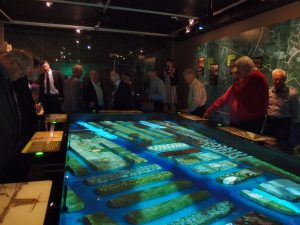 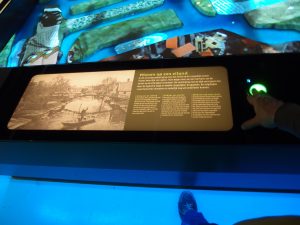 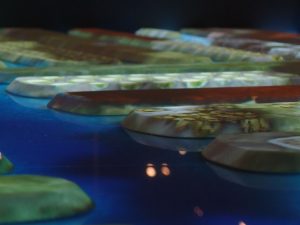 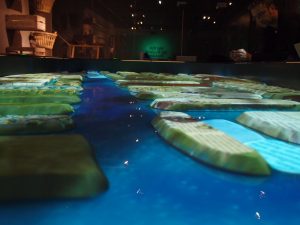 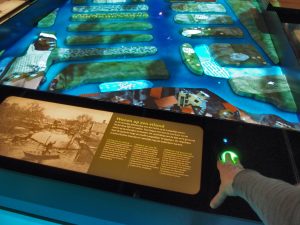 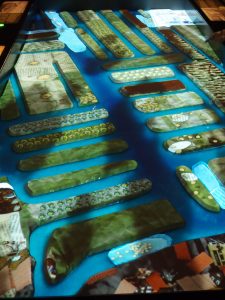 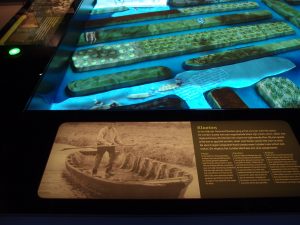 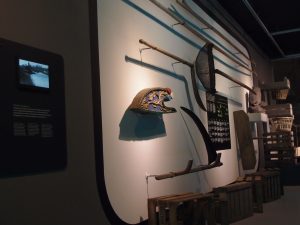 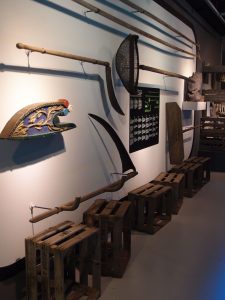 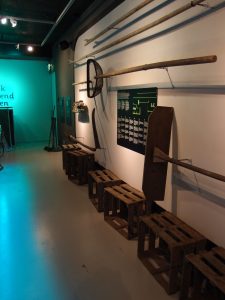 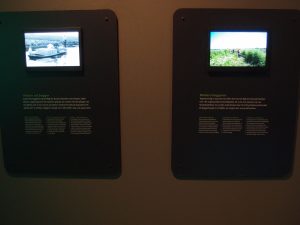 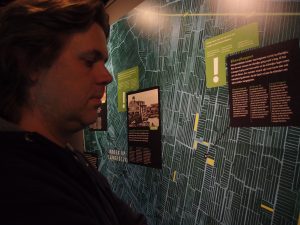 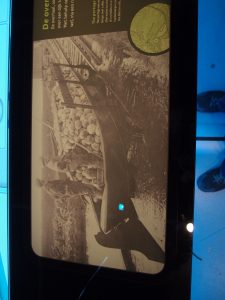 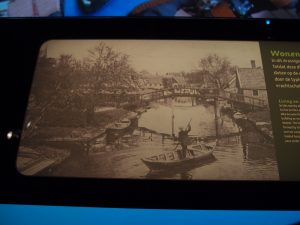