For an installation in Het Geheugenpaleis (Palace of Memory,) currently on exhibit at the Dutch National Archives in the Hague, Todd created a series of shadow puppets based on both caricatures of Dutch “types” and on traditional Indonesian style shadow puppets made of punched leather, or Wayang Kulit.  This was in turn for the archival theme “Opgevangen in de spruitjeslucht”. This treats the subject of the repatriation, often forced, and the reception of Dutch colonials and  Dutch subjects from Indonesia after Indonesian independence.  Instead of the traditional subjects from Indonesian Wayang Kulit drawn from the Bhagavad Gita or Mahabharata, we see here much less heroic figures drawn from Dutch life and fantasy: for instance Saint Nicholas, but also a bicycling preacher, a public servant, and a housewife in traditional attire with a rather threatening cheese slicer.  In the middle we see a simple and proud “Indisch” woman who is the hero of a digital game being played in a console just in front of the display.  The puppets were installed within the cardboard boxes along the wall, and each illuminated independently with LED lamps. 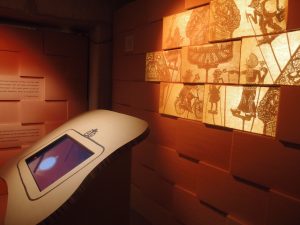 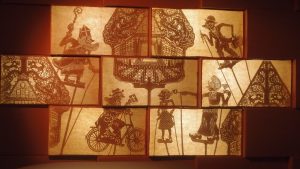 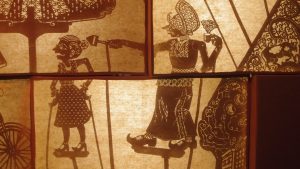 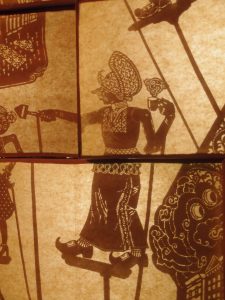 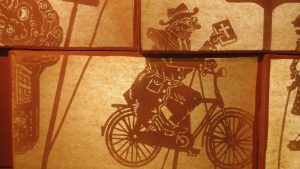 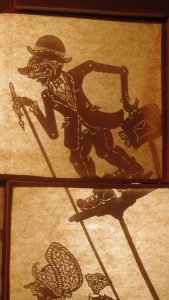 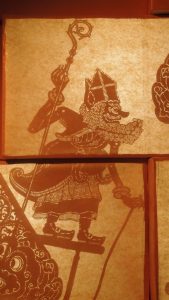