Mariapark in Sittard: “Round Trip Netherlands” gets its second wind.

Several weeks ago we dismantled our exhibit in Münster (see below) and now we’ve just built it back up in Sittard in a very different location. The very secular exhibition has gone to a remarkably godly place: in the cloister of the Mariapark in Sittard, which contains some of the most stunning examples of 19th century religious architecture and sculpture in the Netherlands. So after 2 days of hard work on the exhibit about the Dutch annexation of German territory after the War, we were filled with an extasis of a different Passion altogether. Not to diminish the pain of Dutch occupation, but the stations of the cross at the Mariapark are hard to outdo in suffering. It also offered some interesting contrasts and disconnections, as if Jesus of Nazareth was looking out from under the weight of his cross saying, “top this, whiners!”. For images of the show as it was first exhibited in Münster, Germany see the album on that subject. Thanks to Manuéla Friedrich for spearheading this whole project and for persevering when the prospect of ever getting this show off the ground looked increasingly bleak, and to Studio Louter for production. 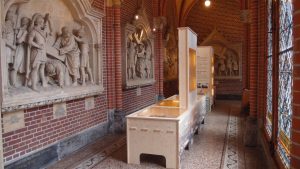 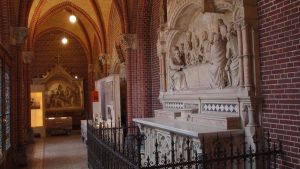 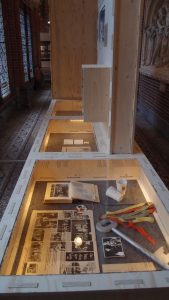 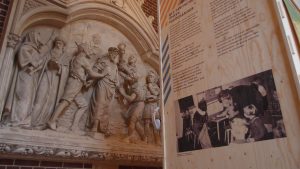 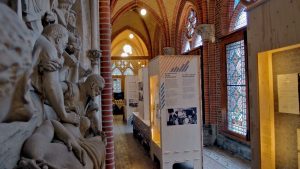 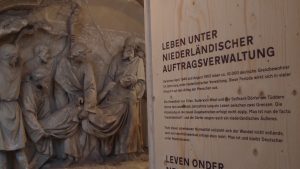 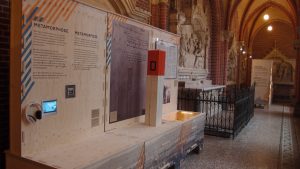 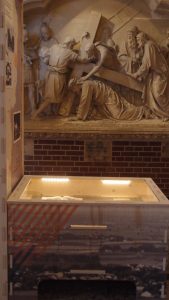 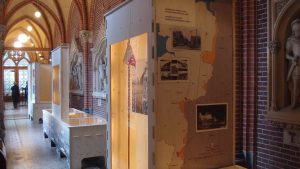 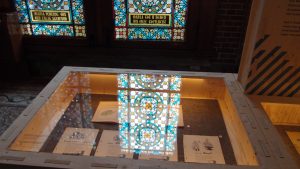 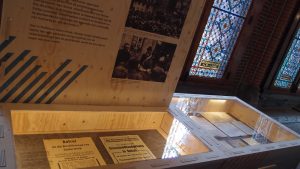 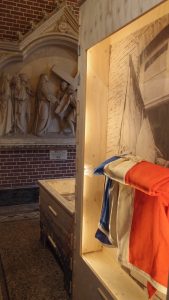 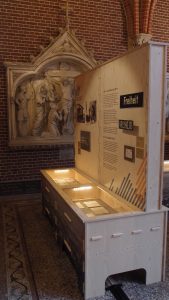 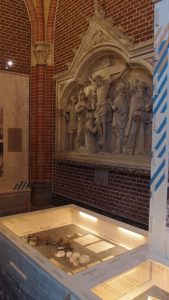 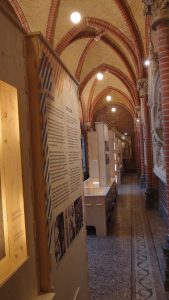 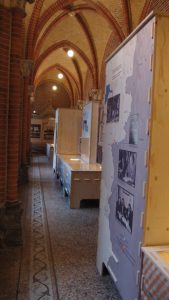 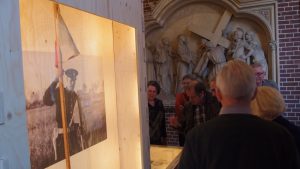