The Stern Carving of the Royal Charles

It’s rare that I do any sculpture work anymore for film like I used to.  But this particular assignment really appealed to me for reasons that have nothing to do with money: recreate the stern carvings of the royal flagship that Michiel De Ruyter seized and towed from Chatham during his great naval triumph over the English at the Raid of the Medway in 1667. It just seemed to historically interesting to ignore. The film in question is the Dutch production “Michiel de Ruyter” being filmed in Zeeland (the Dutch province) and the wharves of Lelystad.  But the relevant scene concerns De Ruyter’s presentation of his trophy, the royal stern carvings, to the States General of the United Provinces, which was the republican government of the Netherlands at the time. This was being filmed in gothic city hall of Middelburg in Zeeland. The original stern carvings, or “counter” as it’s officially called, are hanging in the Rijksmuseum in Amsterdam in a gallery devoted to the De Ruyter era.  I had to scale it down a little bit for technical reasons (the original is 2½ x 3½ meters) but even making it out of high density polyurethane foam I still had an enormous challenge of volume.  With an assistant Rik and some more of the great folks in the De Ruyter art department we managed to get the still wet project in just under the wire. It was heroic!  And it looked beautiful in the (artificial) late afternoon light of the location in Middleburg. Looking forward to viewing the film when it’s released. 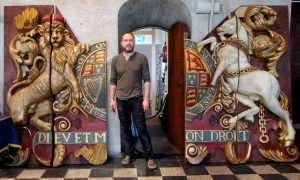 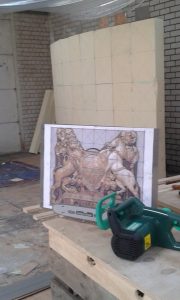 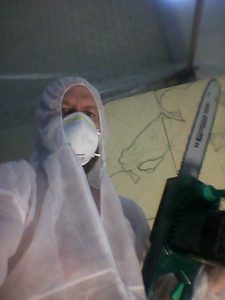 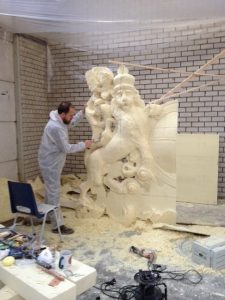 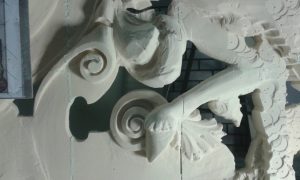 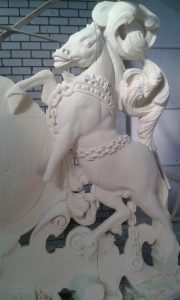 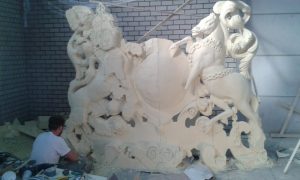 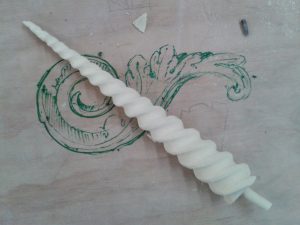 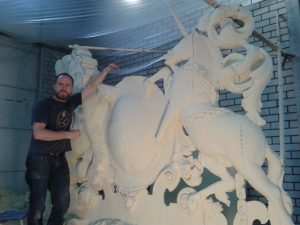 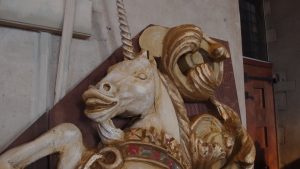 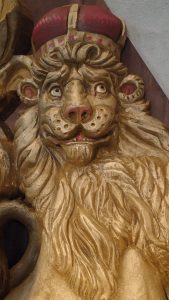 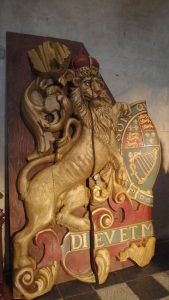 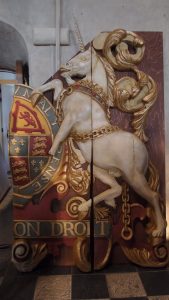 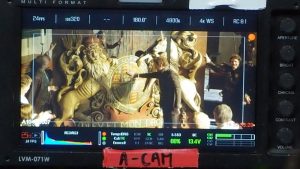 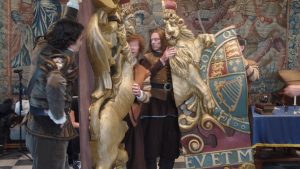 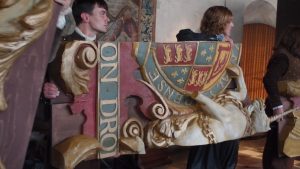 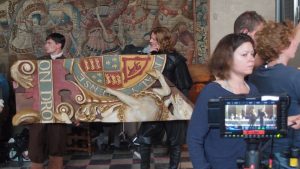