Life as an immigrant is fraught with enough challenges; life as an asylum seeker even more. But life as an LGBT refugee has its own set of hurdles, traumas and triumphs. For the organisations that are committed to taking care of this special group of refugees it’s important to keep the public conversation alive and to keep the politics engaged. To this end Todd van Hulzen initiated an exhibition with the Stichting (Foundation) Secret Garden in Amsterdam that aimed to keep LGBT refugees in the public discourse while also giving them a forum in which to show themselves as skilled, talented and valuable additions to Dutch society.

As an exhibition “Pride & Prejudice” (a name chosen to reflect both the oppression and determination of LGBT refugees) we chose to lay the accent on individual creative refugees, showcasing their work while also telling a brief story of their careers and odysseys. To lend context we also created a number of information graphics and a set of interview videos. All of the work that went into the project, from the design to the film editing to the writing of texts was produced pro-bono by volunteers. The printwork was generously made at no cost by Royal Rijnja in Amsterdam and the interviews were filmed by the talented Marilou Stive. Studio Louter created content and graphics (see the post “Game of Goose” above) while also contributing a significant monetary donation to the project. Thanks for that! The locations were of chief importance with the goal of reaching the largest cross section of society. Todd arranged a rental unit in a passage in the Central Station of Amsterdam and Stichting Secret Garden arranged a second location in the Central Library, not far away. There we exhibited in the dedicated space of the Gay and Lesbian Archives ILHIA who were also sponsors. In each location we created a number of little pavilions in the form of tents, reminiscent of black bedouin tents but each with an interior hung in bright taffeta. There we hung artwork or suspended headphones or played a video. With the renowned Syrian dancer Ahmad Joudeh we created a filmed choreography on Syrian and Dutch rooftops, for the young deejay Biro Moustafa we arranged a sound studio to record a set of house music, for the Trinidadian photographer Trevor Felix we printed and hung fashion portraits. Todd van Hulzen was an initiator of the project, provided most of the written content, created PR content, constructed the decor with the help of volunteers, and created most of the graphics. Thanks to Constance de Vos, Victor van der Meiden, Studio Louter and Carla Peters for their support. 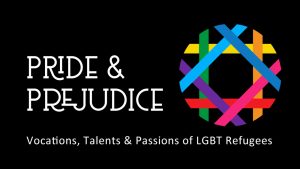 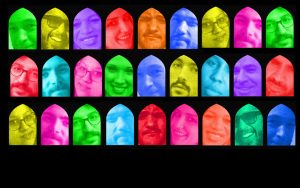 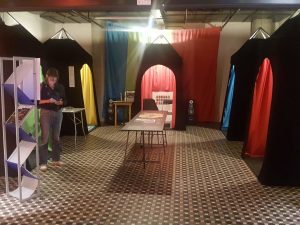 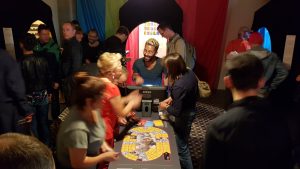 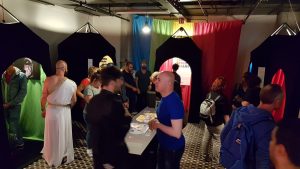 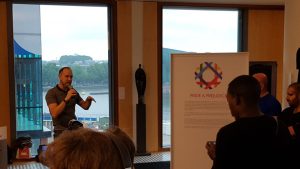 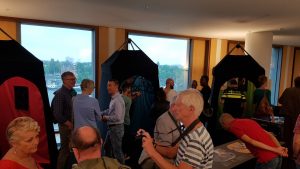 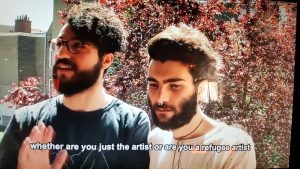 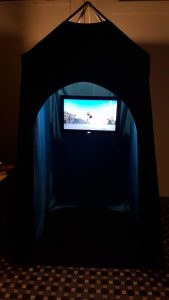 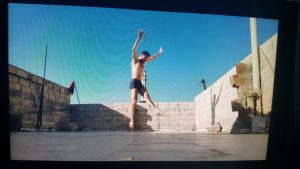 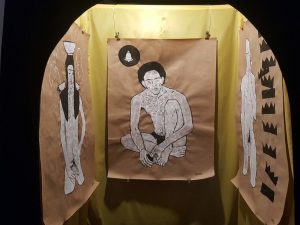 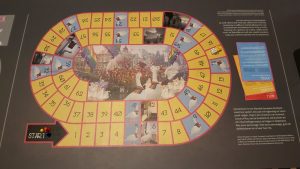 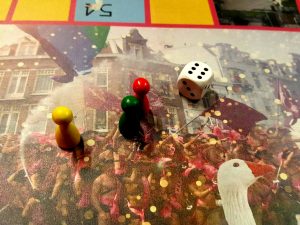 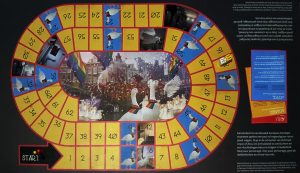 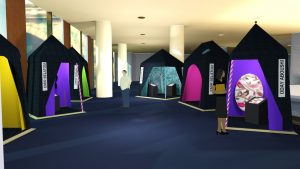 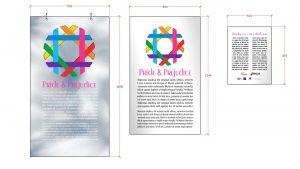 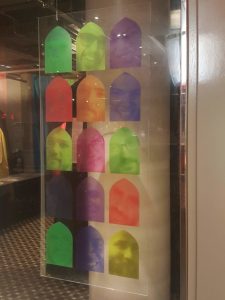