My recent post on Twitter with this animation of the old Haarlem Gate designed by Hendrick de Keyser garnered a fair amount of interest. I’ve posted it here, now in higher resolution, to be able to enjoy it more.

During the so-called 3rd expansion of Amsterdam around 1610, the city walls were moved a whole kilometer to the West in one fell swoop. The ancient medieval Haarlemmerpoort (gate) on the old Singel was demolished and a new gate, designed by City architect Hendrick de Keyser, rose on the newly constructed Haarlem square. Amsterdam became rich. She wanted to show it off, and for the time this new gate was a distinguished building. Two generations later it might already have been described as old-fashioned and quaint. Nevertheless, it remained in function until after the Napoleonic period when brick walls were crumbling throughout the Netherlands due to looted city coffers (blame the French) and reduced effectiveness of old-style fortifications due to new modes of warfare. In the end it was demolished in 1837 and replaced by the new Willemspoort, which still stands today.

Towers in the landscape and in the city are a recurring theme in my work. I like to build models of vanished towers to explore their presence within a particular view or a neighbourhood. Landmarks are of an almost existential importance for humans: they give order in the chaos, direction and satisfaction upon arrival. Towers also tell a story of civic pride and a lust for building. City Gates fulfill this function as well. So I look beyond their mere functional importance. I also want to experience their symbolic importance. City gates are a repeating element in my dreams. And beautiful towers I like to see recurring in paintings, from Veronese to De Chirico. Passage. Arrival. Transition. Anchorage.

I. Civilian Costume from the Known World, 1784 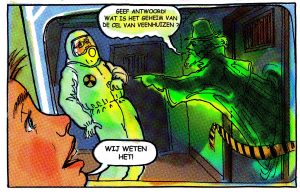 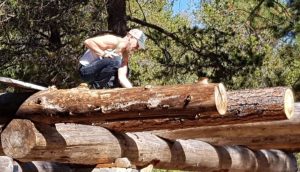